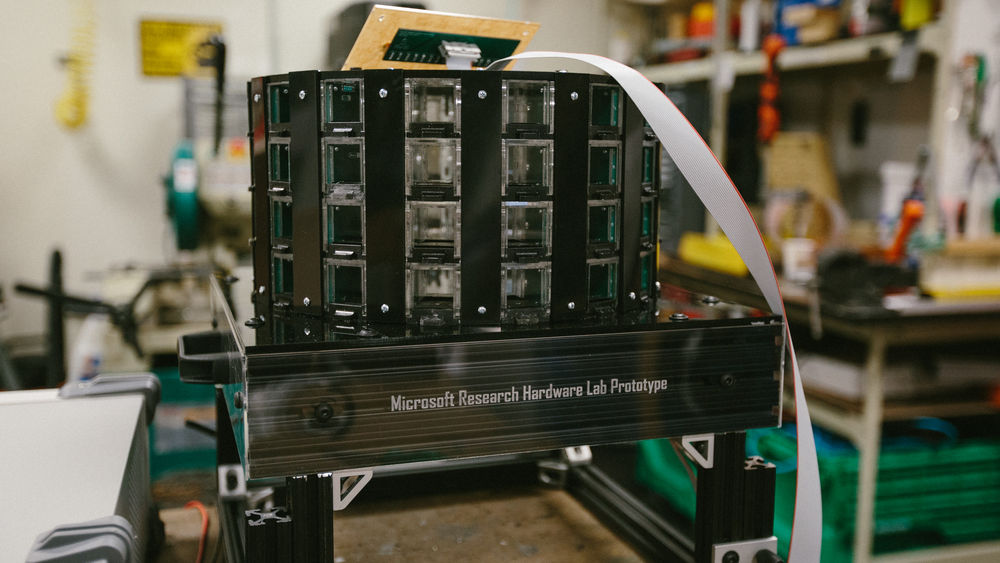 The Zika virus has finally reached the United States, so to fight back, the United States is enlisting one of the weapons it knows best: drones. Not big, high-altitude drones with weapons, but smaller quadcopters, flying low to the ground, to seek out where the mosquitos that carry Zika breed and live. Project Premonition, a Microsoft research project to find diseases early and in the wild, is working with the local government to deploy drones and traps to Houston.

Project Premonition, a Microsoft research project to find diseases early and in the wild, is working with the local government to deploy drones and traps to Houston. The drones will try to spot the expected flow of Zika-carrying mosquitoes to the area, before people start getting infected.

The drone is just part of the process. Also key is a new type of mosquito trap that collects data as it captures insects. From Microsoft:

Project Premonition requires lots of interesting mosquitoes, but this is easier said than done. Existing mosquito traps can’t distinguish mosquitoes from other insects, requiring entomologists to process the insects collected from every trap. Project Premonition redesigned the mosquito trap to be robotic and smart. It is comprised of 64 smart cells, each of which monitors the insects flying into it. If the wing movements of an insect match that of an interesting mosquito, then a cell can close a door, capturing that insect and tagging with key environmental data including time, temperature and light levels. The trap can learn from its mistakes to become more efficient, and it is designed to run for more than 20 hours in hot and humid environments. It is currently being deployed in Houston and is capturing an unprecedented 100’s of gigabytes of data per week about mosquito behavior.

When we first saw Project Premonition, it was testing in Grenada. Now, the system is deployed around Houston, as an early line of defense from the Zika-infected mosquitoes in Florida.

Watch the Today Show segment about Project Premonition’s fight against this virus.

← It's a Bird, It's a Plane, It's a Drone Delivery Google's parent company will begin testing delivery drones in the US →